You are here: Home / Love / Love in the time of ghosting: 10 Ways To Protect Your Heart

You met a guy you really liked, he had wonderful conversation and you just went on a fantasy-like first date. He’s a Christian, seems to check off all your boxes on your boyfriend list so far and you’re eager to see where things may going.

You’re excited to hear from him the next morning via his standard ‘good morning beautiful’ text but when you look at your phone there’s nothing. In fact, as time goes on, you get no text or call for a couple of days. So, you try to reach out to him to no avail and finally resign yourself to the fact that you’ve been ghosted.

What happened? You wonder. You thought you had a wonderful time and you could see things really going somewhere with the guy, but obviously he didn’t feel the same.

Being ghosted sucks, especially if you really liked the person or worse if you were intimate with them in any way.

In an article by Psychology Today, they note that ghosting is self-protective and often used as a defense mechanism, unfortunately, this is due to the ghostees expense. Ghosting is when the person you were dating or seeing simply vanishes without a trace, they may even block you from being able to call or see their social media sites. Many times people state they just lose interest in someone after sex or simply because they found someone new.

Imagining the possibilities and what could have been can send you into a tailwind of emotions in times like this, especially if you had grown somewhat attached to the person, so simply put don’t do it to yourself.

…and listen to the answer! Really as Christians, this should be the first thing we do when entering any type of relationship. Asking God about the relationship and really listening to His response is vital. But we can pray all day and ignore answers we don’t want to hear. Taking time to pray about a relationship and seeking the Holy Spirit when dating is a must, but then actually heeding that discernment is just as critical.

2. Don’t get invested too early

I’m sure you’ve heard the saying ‘don’t give a boyfriend husband privileges’? Well, the same goes for a possible suiter, he shouldn’t be given boyfriend privileges.

While it’s fine to go out, have fun and get to know this new man in your life try to refrain from getting overly invested until his representative exits stage left and you discover his true feelings and intentions, which hopefully are genuine.

I’m not saying to go into a new relationship with negative preconceived notions or skepticism but in this day and age, you have to keep your eyes open for red, pink, yellow, and purple flags!

Try to be open to the possibility of other suiters if this relationship is fresh.

You can be totally upfront and honest in the fact that you aren’t going to tie yourself to one person until it is serious. Yes, talk on the phone, go out on dates but until he makes a commitment, don’t mentally place yourself in a relationship where you’re the only one in it.

There’s nothing worse than rushing into a relationship only to find out you could have avoided a ton of heartbreak if you would have just taken your time to really get to know the guy.

So, I would definitely advise not getting too serious, too quickly.

Before you get serious, see how he acts around people, how he moves in various environments, what he’s like angry, and definitely how consistent he is. Really try to use your head over your heart when dating, we are told that the heart is deceitful because your heart wants what it wants but ultimately that may not be the best thing or person for you!

5. Listen to your intuition

Seriously, I can not recall how many times I wished I would have heeded the warnings from my own intuition when entering a situation or relationship. Pay close attention to those checks in your spirit when and if you get them! In hindsight, I could always remember a time that I felt something off about a person in my gut but didn’t pay attention to it. So, my advice is to make sure you listen to you!

My friends think I’m crazy when I say I don’t even want to kiss a guy unless we are serious and that I practice celibacy. But honestly, I believe this has saved me a lot of heartbreak and wrong relationships in the past.

I can only speak for myself, but I know that I get way more attached to someone if we’ve been intimate. I would rather refrain from being intimate with someone that 1. isn’t my husband and 2. that I have no real connection with.

7. Let go of the outcome

As I’ve gotten older I understand the dangers of holding on to outcomes, because things may not work out that way. Letting go and allowing the outcome to present itself and being okay with it is essential when dating.

We may have wanted things to go one way, but God or the guy didn’t, accept that and move on. Trust that if things didn’t go your way it was in our best interest. So, remember that next time a guy walks out of your life it was probably for your protection!

I know in the past when a guy came along that I liked a lot our wedding was completely planned, I was picturing our home together, and how many kids we would have after a couple of weeks. Don’t do it to yourself, sis, lol!

While I don’t think it’s a terrible thing to have some sort of vision for where you want a relationship to go, you have to be sure the other person shares the same goals.

Daydreaming isn’t bad in itself just don’t get too invested and know that it’s just a thought that may or may not come to fruition.

9. Stay preoccupied with other things

Don’t get all wrapped up in a man, even after you become serious. You still want to have a life of your own. If we look at biblical examples think of the Proverbs 31 woman, she took care of her husband and children but had a ton of other things she was interested in.

Giving up your hobbies and God-given gifts because you’re preoccupied with a person isn’t a good move. I totally understand that the initial romantic whirlwind can at times be pretty all-consuming but still take time to do things you enjoy, hang out with friends, and talk to other people besides your new boo.

Basically, don’t lose you trying to find a man.

Be grateful for the relationship going in whatever the outcome. There are always lessons in every relationship we enter so if you’ve been ghosted recently yes, I know it sucks now and it’s easier said than done but be grateful that the person exited stage left from your life. Try to see if there’s a lesson in it for you and move on.

The person obviously has a little work to do on themselves before entering into a more serious relationship and this gives you time to do the same. It also leaves room for someone that truly wants to be with you to enter your life. So don’t be upset with them, thank them for closing that door, just make sure you don’t open it again as sometimes ghosters will try to come back to haunt you!

What else would you add to the list? Let me know in the comments below

Previous Post: « LOVE AND PARABLES: 12 WAYS JESUS LOVED THE CHURCH
Next Post: God, have you forgotten about me? » 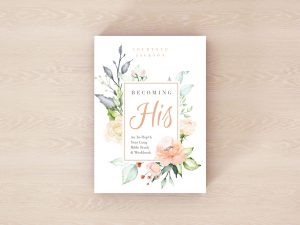